On the occasion of the 25th anniversary of the Hungarian Design Award, the Hungarian Design Council and the Design Terminal Pbc. are organising the first Design Week, introducing a new colourful genre into the rich contemporary art programme of the Budapest Autumn Festival.

Besides the main event, looking back on the glorious past and forward to the present of Hungarian design, the winning products of the Austrian Adolf Loos Staatspreis Design, the best achievements in contemporary Austrian graphic design, the latest works of Polish design companies, Czech fashion design and photography, the British 21st century Dandy's dressing rites, 57 top designs from France, Dutch posters, German media art are featuring in the Design Week's programme, including 19 events at 13 venues in Budapest.

With the aim of giving an overall picture on design, there is an abundant choice of lectures, seminars, Design Schools' Exchange for career orientation, award- winning student works' show, presentation of new Hungarian design books, periodicals and Design Tours for fun, visiting designshops, galleries and all exhibition venues.

Programme of the design week

Design lectures organized by the Economic and Commercial Section of the Embassy of the Republic of Poland.

Venue: Economic and Commercial Department of the Polish Embassy 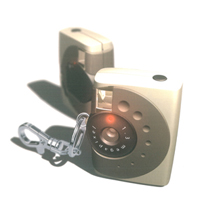 A selection of the winning entries of the Adolf Loos Staatspreis Design 2003 , Austria 's most important design prize. Best of the last two years Austrian product design, from kitchen knives to an innovative coffin design, from a baby's comforter to a waterproof, wireless light source. Exhibition organized by Design Austria , the professional association of Austrian designers, and supported by the Austrian Cultural Forum, Budapest . 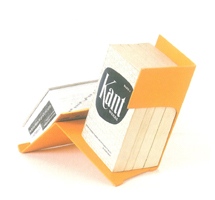 Corporate Identity, communication design, visual information design, editorial design, posters, packaging, illustration, typography and design fiction - some of the nominees to this year's Joseph Binder Award, being the only Austrian competition which is open to an international designers. Exhibition organized by Design Austria , supported by the Austrian Cultural Forum, Budapest . 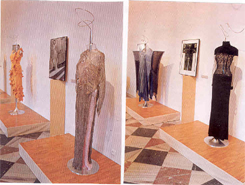 The impact of Prague architecture on fashion

The exhibition displaying the works of esteemed Czech fashion designers and photographers introduces the imprint fashion and design have left on Pragues architecture. The exhibition launched in 2000. It is also the fourth year of the project entitled "The Pursuit of Lost Elegance". The aim of the project is expanding the textile collection of the Prague Museum of Applied Art as well as enriching the collection of clothing and accessories dating from the second half of the 1990s. The exhibition realised as part of the fashion project series also wishes to support the initiative of establishing a special Fashion Museum in Prague. The exhibition, whose curator is Ms Drahomira Březinová, was on display in Vienna in 2001and in the Czech Centre in Stockholm in 2003. 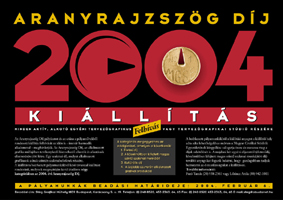 This year was the third time that the Association of Hungarian Graphic Art Studios announced the professional award competition - conceived to recognise the merits of outstanding creators and their work - and the exhibition organised from the participating projects. Prizes will be awarded at the venue of the exhibition, in four categories: Life Achievement Award, Award for Outstanding Professional Work in the Recent Past, Cultural Award, and the Prize for Best Independent Applied Graphics Project.
Open: 16- 31 October

It is part of an event- series arranged for EU- newcomers: "Crossroad of Ideas". 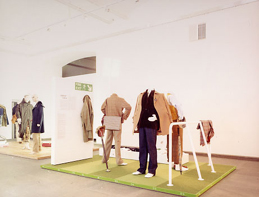 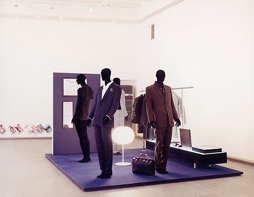 Design Tour with an old bus, Ikarus type 55 from Midcentury , visiting designshops and design galleries in Budapest , offering a special sale and bargain for this night. Free of charge.

Exhibition organised by the Polish Institute in Budapest . The new Polish design magazine 2+3D will also be displayed, commented and put on sale.

25 Years of the Hungarian Design Award - exhibition on Hungarian design history from 1980 until 2004, including the winning products of this year's competition, award ceremony and issuing the Life- work Award for merits in product design, for the first time. 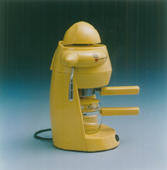 Hungarian conference on product design with the get- together of companies and designers, with a lot of fun and irresistible case stories, 9 lectures during one and a half day. Organized by the newly founded Hungarian Design Alliance .

Design as a force for developement

At the beginning of 2003 the Swedish Government granted funds to a national design initiative for 2003 - 2005, "Design as a force for developement in the public and private sectors".

Part of the "Svédületes" project

Observeur du Design is celebrating its 5th anniversary with a touring exhibition coming to Budapest right from Tokyo , organised by APCI France , French Institute Budapest and supported by AFAA.

Regional Meeting on Design Support. An ICSID endorsed event, organised by the Hungarian Design Council with the participation of 12 Central and Eastern European countries. The aim of the regional meeting is to initiate an informal cooperation among the regional organisations.

Students' successes - internationally acclaimed and awarded student- works of the Hungarian University of Craft and Design (HUCD) - from the last five years. 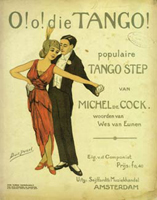 Exhibition organised by Spinoza House, the only private cultural institute in Budapest .