Hungarian Member in the new BEDA Board!

Hungarian Member in the new BEDA Board!

At the 2014 General Assembly for BEDA, the Bureau of European Design Associations, in Vienna, BEDA members elected the new Board for the term 2014-16.

BEDA (www.beda.org) was established in 1969 through the collaboration of design associations operating in the member countries of the Council of Europe with the objective of bringing together the European representatives of the design profession, increasing the chances of innovative products or services entering the market, and encouraging the players of the private sector.

Isabel Roig said of the new members, BEDA is growing as design takes on more relevance in political agendas at local, national and European level, and its contribution to economic and social value is becoming more widely recognised by different stakeholders. 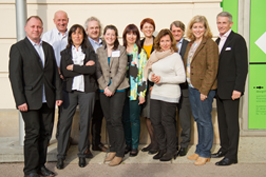