Touring exhibition showcasing Hungarian creativity and design organised jointly by the Ministry of Foreign Affairs and Trade, the Hungarian Design Council and the Moholy-Nagy University of Art and Design - 2016. november 22.

The world famous objects and processes that are still in use today constitute a significant chapter in Hungary’s relatively recent history. The ball-point pen that ran a worldwide career under the name of “biro” (László Bíró, 1938), Rubik’s cube (Ernő Rubik, 1975) and the von Neumann architecture (János Neumann, 1945), which provides the basis for all modern computers, are only a few of ideas that were the brainchild of Hungarian inventors and engineers, and propagate Hungarian creativity all over the world to this day.

The 21st century is also a treasure trove of Hungarian inventions, patents, design works and developments that have earned significant success worldwide. Ever since the change in the political and economic system in Hungary adult generations have been increasingly competitive on the global market thanks to the high standard education, the strengthening creative industry eco-system and the advancement of innovation in a growing number of areas. Recognising the contribution of design to the economy, more and more Hungarian businesses employ designers, graphic designers, packaging designers or other design professionals, thus creating the opportunity for highly qualified and well-prepared designers to add their part to products and services that can be successful not only domestically but also on the global market.

The series of exhibitions is organised by the Science Diplomacy Department with the supervision of the State Secretariat for Cultural and Science Diplomacy of the Ministry for Foreign Affairs and Trade and with the Hungarian Intellectual Property Office, the Hungarian Design Council and the Moholy-Nagy University of Art and Design as professional collaboration partners. The Hungarian foreign representations will be responsible for hosting the individual shows, which will generally be linked with large-scale international award festivals or other significant appearances, such as, for example, the Hungarian Pavilion at the 2016 General Assembly of the World Intellectual Property Organisation in Geneva, Hungary’s participation in the Designblok festival in Prague, and the design exhibition to be organised within the framework of the Hungarian Cultural Season in Poland. The exhibition will travel to prominent events across Europe in 2017 too, to cities like Berlin, London, Brussels, Madrid and Paris.

Please visit tdf.kormany.hu and www.mft.org.hu for further information and the catalogue, and feel free to send your queries by email to tdf [169] mfa [961] gov [961] hu. 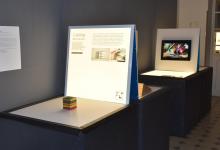 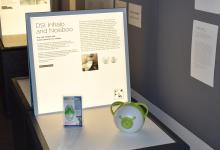 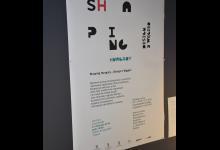