Montreal (Canada) 16 October 2013 - The International Council of Societies of Industrial Design (Icsid) announced today the launch of the World Design Capital® (WDC) application cycle for the 2018 designation, which will mark the sixth cycle for this global initiative. Icsid invites design effective cities from around the globe to submit bids that showcase the impact of design in their city and demonstrate examples of design as a development tool.

The WDC initiative is one of Icsid's international programmes established to support the organisation's vision to create a better world through design. Previous WDC designated cities have leveraged this platform for city promotion, to nurture economic activity and encourage peer-learning experiences. The initiative also provides unique opportunities for municipal leaders to apply effective design methodologies into city administration. "In times of financial constraints, cities are interested in delivering value to its citizens in more cost efficient and innovative ways," stated Icsid President Dr. Brandon Gien. "The WDC designation provides the opportunity for cities to fast-track the implementation of design-led objectives to improve quality of life for citizens." 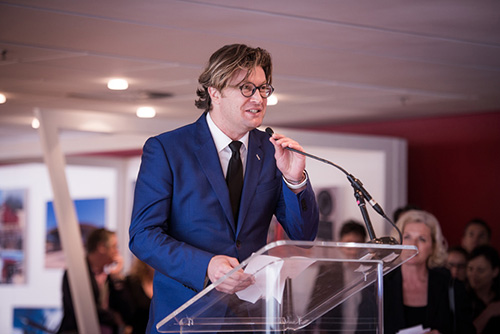 The bid process in itself has also been accredited with providing aspiring WDC cities with numerous reputational benefits, as well as with increasing engagement within the design community.

Bids for the designation undergo an extensive evaluation process and are reviewed by a panel that comprises five international representatives of varied expertise from the fields of design, urban planning, social and cultural development. These experts are tasked with evaluating the bids, shortlisting the cities and ultimately making the decision of which city will be awarded the biennial title.

"The World Design Capital designation represents a global movement for city development using design - a movement towards an understanding that design does impact and affect quality of human life. As a result, developing strategies for promoting and advancing design is increasingly being recognised as one of the core necessities for corporations, as well as governments," stated Dr. Gien during the announcement, which was part of his opening remarks for the 'Make a Plan' WDC Cape Town 2014 Design Policy Conference.

The launch of the call for applications has also been leveraged by Icsid to release the second edition of 'Becoming a WDC', a comprehensive reference manual that provides detailed information about the initiative, the organisational structure required to implement the WDC yearlong programme, key dates related to the application cycle, as well as lessons learned from past cities.

Cities interested in bidding for the WDC 2018 title are encouraged to visit www.worlddesigncapital.com to download the application form and 'Becoming a WDC' manual. Applications are being accepted from cities until 31 March 2015. The designated city will be announced at the Icsid General Assembly in October 2015.

About the World Design Capital® (WDC)
While there are many awards that recognise individual accomplishments in design, the World Design Capital designation is unique as it aims to focus on the broader essence of design's impact on urban spaces, economies and citizens. The designation provides a distinctive opportunity for cities to feature their accomplishments in attracting and promoting innovative design, as well as highlight their successes in urban revitalisation strategies. The World Design Capital is an initiative established and managed by the International Council of Societies of Industrial Design. Past cities to hold the designation include Torino (Italy) in 2008, Seoul (South Korea) in 2010 and Helsinki (Finland) in 2102 whilst preparations for Cape Town (South Africa) are underway for 2014.
www.worlddesigncapital.com

About the International Council of Societies of Industrial Design (Icsid)
The International Council of Societies of Industrial Design (Icsid) is a non-profit organisation that protects and promotes the interests of the profession of industrial design. Founded in 1957, Icsid serves as a unified voice of over 50 nations through which members can express their views and be heard on an international platform. Since its inception, Icsid has continued to develop its wide-reaching network of students and professionals devoted to the recognition, success and growth of the industrial design community. Together, professional associations, promotional societies, educational institutions, government bodies and corporations create a comprehensive and diverse system on the forefront of industrial design education and progress.
www.icsid.org