On behalf of the Seoul Metropolitan Government, Mayor Oh Se-hoon signed a memorandum of agreement with the International Council of Societies of Industrial Design (Icsid) during a ceremony earlier today at The Shilla Hotel in Seoul, officially appointing the city as the World Design Capital™ (WDC™) 2010. 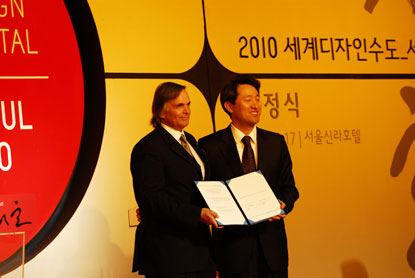