The International Council of Societies of Industrial Design (Icsid) announced on October 20, on behalf of the International Design Alliance (IDA), Seoul as the winner of the World Design Capital (WDC) 2010 competition.

Icsid went on to explain that Seoul's application detailed the far-reaching impact of design on the social, cultural and economic development of the city, and with the recent profusion of high-tech Korean consumer products around the globe-from brands such as LG Electronics Inc., Samsung, Hyundai, Daewoo, Helio and Kia-Seoul has been defining its international image in terms of its design capabilities.

Seoul Mayor Oh Se-hoon in his acceptance speech expressed high hopes for the city's future and added, "With Seoul's designation as WDC 2010, the city will be able to breath creative energy into the design industry and reinvent itself into a globally recognised city of design and collaborate with other cities in the world to communicate with design. Seoul will send out the message that design is the power to change the world for the better."

About IcsidThe International Council of Societies of Industrial Design (Icsid) is an international non-governmental organisation for professional industrial design. Founded in 1957, Icsid currently counts over 150 members in more than 50 countries, representing an estimated 150,000 designers worldwide. Icsid members are professional associations, promotional societies, educational institutions, government bodies, corporations and institutions - all of which contribute to the development of the profession of industrial design.

Icsid facilitates co-operation and interaction among these societies and supports a global network through which design institutions worldwide can collaborate. Through shared interests, experiences, and resources, Icsid provides an international platform for its members to be heard as a powerful voice.

About IDAIn a major step for the global design community, Icsid and the International Council of Graphic Design Associations (Icograda) www.icograda.org have committed themselves to forming the collective voice for all disciplines of design through the creation of the International Design Alliance (IDA). The IDA is positioned as the design advocate working with international organisations, governments and industry.www.worlddesigncapital.com 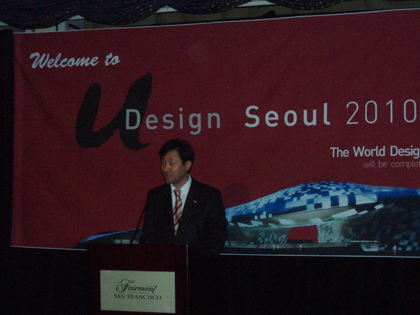