In the light of British experience

The Hungarian Design Forum, the British Council and the UK Trade & Investment organised a half-day forum on Friday, 19 March, with the participation of famous British designers. The event was attended by about 80 persons, first of all by the students and professors of the University of Arts and Design, the Institute of Applied Arts and the Budapest University of Technology and Economics. 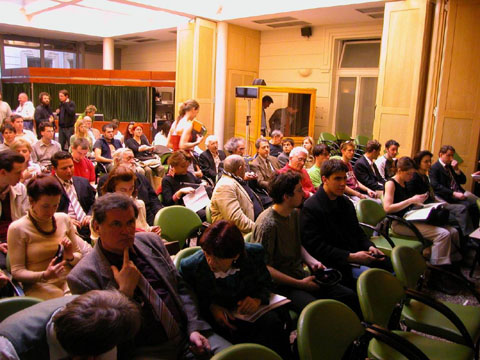 Stephen Hitchins , president of the European design organisation BEDA, divided his presentation into three parts. First he spoke of the economic role of design stressing that a good designer learns to speak the language of the client, that is, the language of profit. He coloured his presentation with statistics, personal histories and appropriate citations from various fields. Later he spoke of the system of British design institutions and finally of the activity of BEDA. 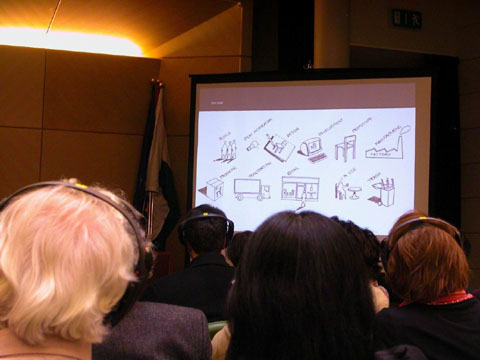 Paul Brenn an, director of F itch, L ondon, begun by presenting the megatrends. According to him, these include the ageing population, the narrowing gap between generations and the fashion of healthy lifestyle. With this background he presented some works of Fitch, an international consultancy. The presentation of Paul Brennan can be read on the home page of the British Council. 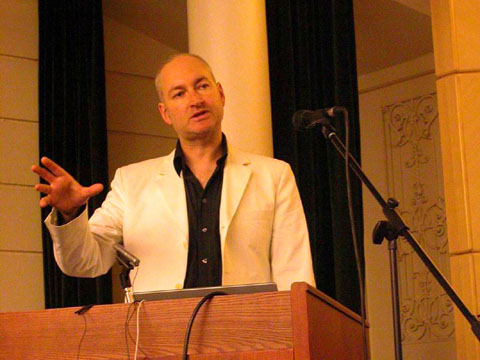 The questions following the presentations were related to the conflict of global and local characters, co-operation between the designer and the manufacturer and the personal work and motivation of the speakers.

On the basis of the feedback received, the event can be regarded as very successful.