Visit of the Director General of WIPO in Budapest

Between 9 and 10 September 2019, Mr Francis Gurry, Director General of the World Intellectual Property Organization (WIPO) took a visit to Budapest where he participated and delivered a speech at the ITU Telecom World 2019 Conference. Mr Gurry had meetings with Mr János Áder, President of the Republic and Mr Péter Szijjártó, Minister of Foreign Affairs and Trade, and he visited the Hungarian Intellectual Property Office (HIPO). Mr Gyula Pomázi, President of HIPO and Mr Gábor Németh, Vice-President for Innovation and Legal Affairs of HIPO also participated at the meeting with the President of the Republic. 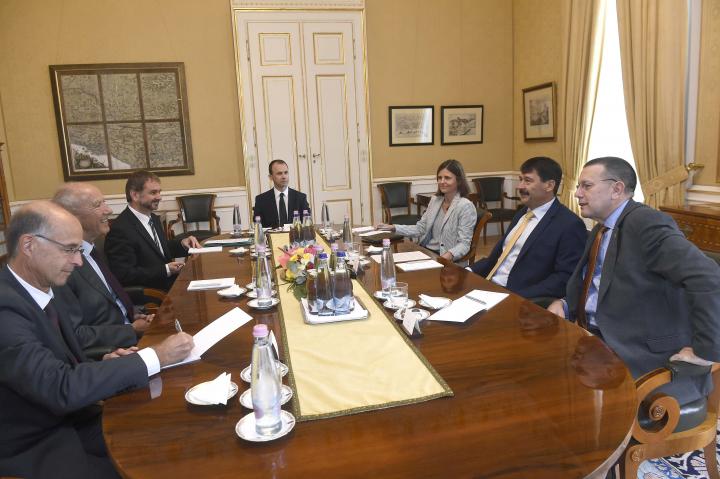